The winners of the Second IUHPST Essay Prize in History and Philosophy of Science (2019) are Dr. Agnes Bolinska and Dr. Joseph D. Martin of the University of Cambridge for their essay “Negotiating History: Contingency, Canonicity, and Case Studies”. 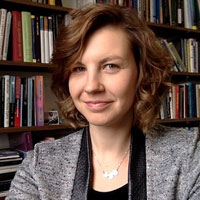 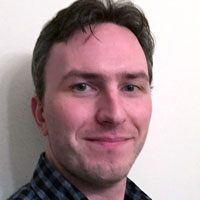 We are also pleased to recognize as runner-up the essay “History and Philosophy of Science after the Practice-Turn: From Inherent Tension to Local Integration” by Max W. Dresow of the University of Minnesota.

Agnes Bolinska and Joseph Martin’s winning essay begins with an insightful and systematic typology of the many difficulties faced by the case-study method in the history and philosophy of science. In discussing remedies to these difficulties, Bolinska and Martin focus on the “metaphysical” type of worry: “what if history itself is just inherently unsuited to providing evidential support for philosophical claims?” The core of their response is a consideration of “canonicity”: a case study can be philosophically informative if it is canonical with respect to a particular philosophical aim. A historical case is canonical when its philosophically salient features provide a good causal account of the scientific process in question. And the appreciation of relevant historical contingencies is crucial for the identification of a canonical case. Bolinska and Martin offer an illuminating analysis of the concept of contingency, disambiguating it from the notion of chance and showing how it is crucially implicated in the historical-cum-philosophical explanation of past scientific episodes. Their essay addresses the prize question directly: what can the history of science do for the philosophy of science? Bolinska and Martin offer a subtle and original answer: working through a canonical case helps philosophers reach a clearer understanding of the philosophical issues in question and provide evidence for or against particular epistemological claims about science. The adeptness with which both historical and philosophical concerns are handled in this essay is a clear sign of a productive collaboration between the co-authors across the philosophy/history boundary.

The runner-up essay by Max Dresow conveys an excellent sense of the history of the methodological debates, demonstrating a firm command of the relevant literature and providing an insightful overall perspective on the problem of history–philosophy interaction. Dresow goes beyond the delightful diagnosis of the problem that he provides, by articulating how history is used in three distinct modes of practice-based philosophy of science: the functional–analytic approach, the integrative history of the recent, and the phylogenetic approach. All three approaches are characterized in a way that is suggestive and instructive for both historians and philosophers. An important general message emerges from Dresow’s discussion: the history–philosophy relation looks inherently problematic only if we are trying to discern an overall relationship at the level of whole disciplines; these worries largely dissipate when we consider how historical sources and facts are used “locally” in pursuit of specific philosophical aims.

Drs. Bolinska and Martin will receive their prize and present the content of their essay in a special session at the 16th International Congress of Logic, Methodology and Philosophy of Science and Technology (CLMPST) in Prague (5–10 August 2019). Mr. Dresow will also be invited to present his work in the same session.

This prize is administered by the Joint Commission, whose remit is to make links between the work of the two Divisions of the IUHPST, viz. the DHST (Division of History of Science and Technology) and the DLMPST (Division of Logic, Methodology and Philosophy of Science and Technology). The panel of judges for the 2019 competition consisted of: Rachel Ankeny, University of Adelaide, Australia; Theodore Arabatzis, National and Kapodistrian University of Athens, Greece; Hasok Chang (chair), University of Cambridge, United Kingdom; Takehiko Hashimoto, University of Tokyo, Japan.

The winner of the First IUHPST Essay Prize in History and Philosophy of Science (2017) is Professor Theodore Arabatzis (National and Kapodistrian University of Athens) for his essay “What’s in it for the historian of science? Reflections on the value of philosophy of science for history of science”